letters from the milky way

Kopenhaga by Grzegorz Wroblewki is one of those touchstone books for me. I mean the kind of book that sits on my best shelf with my favourite books of all the ages.Surreal rooted in the everyday. Surreal rooted in the historical. Letters from a human being from the Milky Way but currently somewhere between Denmark and Poland (and many other places too).The absurd grounded in memoir, in theatre, in language play, in characters, in setting, in personal suffering, in alienation, in existentialist philosophy, in punk music, in animals and shamanism and in underground documentary films. And more. Much more.These are prose poems!The absurd grounded in play. In NY School Poetics and the Brulion group that emerged in Krakow. (http://en.wikipedia.org/wiki/Brulion)But it is also not Brulion or any other movement or group.It is outsider art. Outsider writing.It moves through this Brulion group and the surge in creativity in the city of Krakow to emerge on an immigrant ship in Copenhagen full of folks from Asia, Africa, central and eastern Europe etc.It is the desire to start anew but never being at home.It is the punk aesthetic of 70’s and 80’s Warsaw.It is cooked and it is raw. It is classical and it is energised rock and roll. It has the light touch of say Ron Padgett, the urbanism of Frank O’ Hara, and all the best of the Greek classics. It is amazingly and lovingly translated into English by Piotr Gwiazda.Piotr Gwiazda is one hell of a translator. I even liked the introduction. I rarely like introductions. Kopenhaga has a nice introduction to the genius of Grzegorz Wroblewski.It is an unlikely book.I mean no machine could have wrote this book.It is also folk music. I mean deep down folksy blues music.Imagine a mix tape of all your favourite music in blues, folk, rock, punk. This is Kopenhaga.Imagine Kafka in the late 20th and early 21st century mixed with your favourite 1st or 2nd generation NY School poet. This is Kopenhaga.Imagine your favourite 1st generation European Surrealist (French, central European, or eastern European). This is Kopenhaga.Imagine if Norman Rockwell wrote punk music. This is Kopenhaga.Imagine a national geographic special narrated by Camus. This is Kopenhaga.It sticks. It bears many many re-reads. It is not stuffy. It is heavy and light. It is everything I have always wanted from art. And more! Much more!I feel like re-doing most of my star reviews on Goodreads and reducing them to 4 stars so that this book is one of the few with 5 stars.
That’s how much I love this book.I felt less alone after reading this!
Buy it here:
http://www.spdbooks.org/Producte/9781938890000/kopenhaga.aspx
or here:
http://www.amazon.com/Kopenhaga-Polish-Writing-English-Edition/dp/1938890000 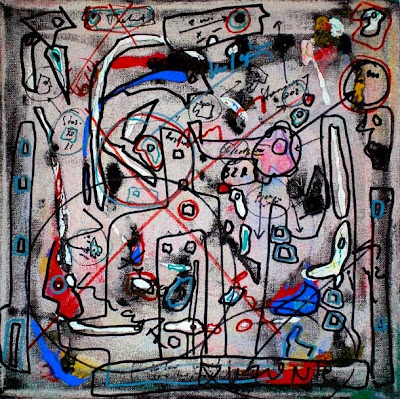 (Statistics and Informatics by Grzegorz Wroblewski)